this site was featured heavily on the blogosphere a while back, but i keep returning to it because some of the houses are so awesome and i’m sad that they are wasting away! check out 100 abandoned houses. there is also a story at the NY Times about the pros & cons of people buying beautiful old houses in shitty locations. one woman bought an amazing old mansion in the middle of one of the most dangerous parts of NYC: 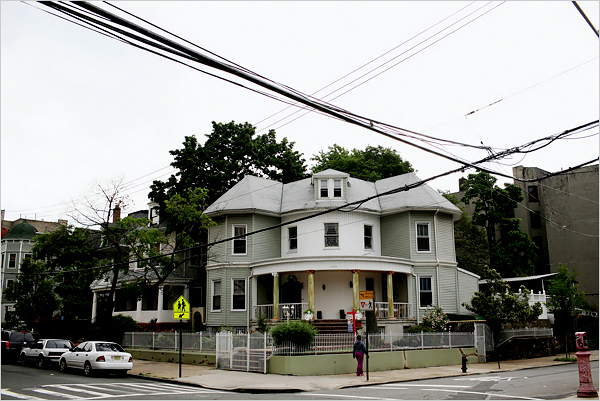 if you have an old house / apartment & you’re in the process of restoring it, be sure to check out Door Sixteen – Anna & her husband bought an 1890s Victorian rowhouse in Newburgh, NY a few years back (after moving out of Brooklyn) and they’ve slowly been restoring it since.  she has some pretty rad before & afters in her flickr (the bathroom renovations are awesome)