if you choose to live on your own as a young person (and i say this assuming that you don’t earn major bucks or perhaps you live in an expensive city – or both) you will probably be faced with the reality of renting a studio apartment. unless you’re an investment banker, or you won the lotto, or your granddad left you a sweet inner city pad the size of an ark that he bought back in 1950 for R500, or you’ve found some 3 bedroom palace with wooden floors and a working fireplace that’s being rented out for tuppence. if you’re one of those people, please don’t pity me. for i might be jumping on the studio flat bandwagon one of these days, and of course in lieu of that, the first thing i consider is HOW TO DECORATE.

zach motl lives in a 178 ft² studio apartment in brooklyn. that’s 16m² folks… he’s an interior decorator, which explains why his flat looks the way it does. “the more stuff you put in a room, the bigger it seems” 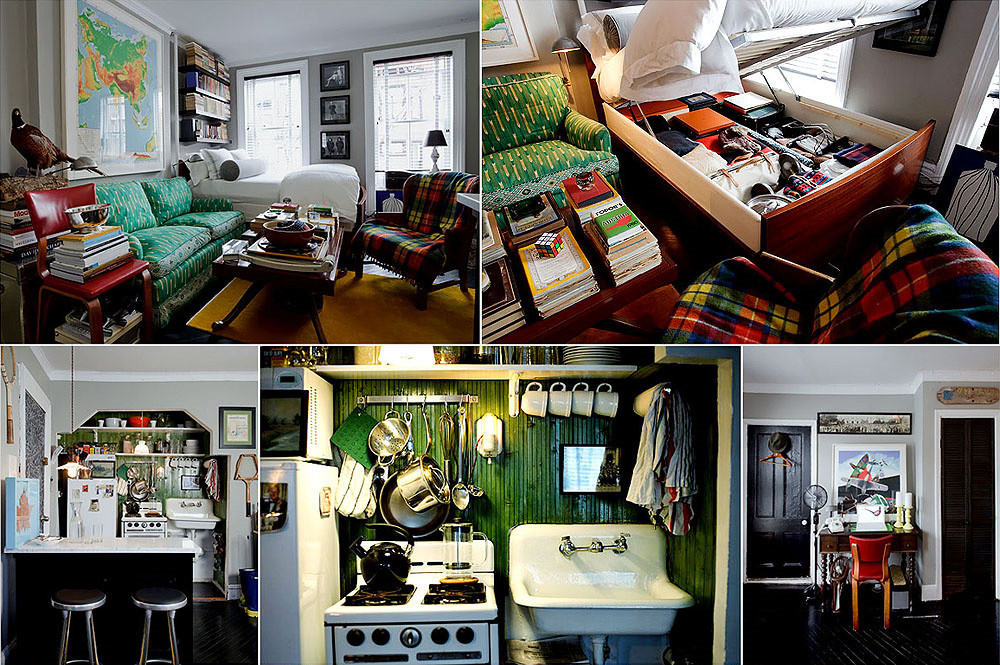 probably one of the cutest apartments i’ve seen is this one that won the second prize in apartment therapy’s small cool contest in 2007. more for the use of space than the actual decor (though i so love the chaise). in actual fact it’s bigger than the one above – at 293.5 ft² (27.27m²), yet it actually looks kind of smaller: 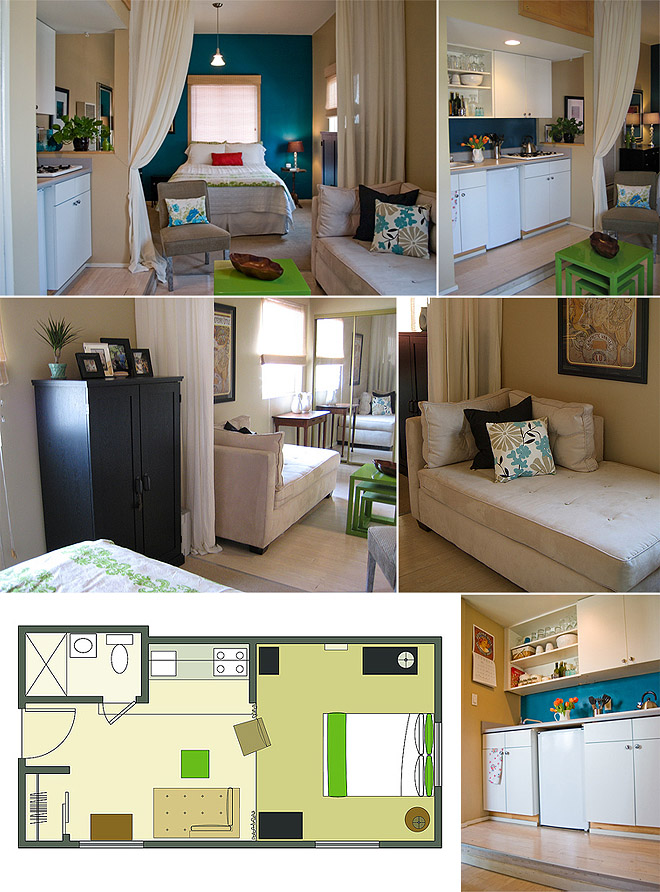 i think what the americans have going for them in terms of apartments (large & small) is that they usually have built in cupboards (sorry, closets) and i don’t mean the ugly ones we have here that are just plonked in the corner of the room, but actual cupboards that are recessed into a wall. sometimes with a light! oh how i wish to step into my tiny built in closet and tug on the dangling light switch to reveal all my stuff crammed up sardine style. like so:

oh, anything for a royal tenenbaums reference. anyway don’t distract me…

this couple has a really inspiring little studio in NYC (400 ft² = 37 m²), and they did all the DIY themselves: 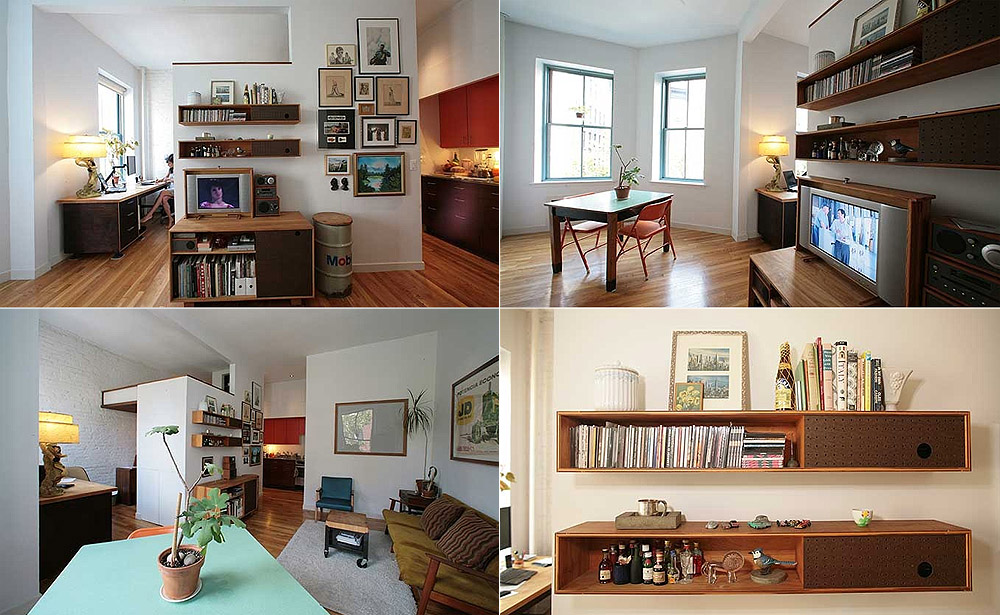 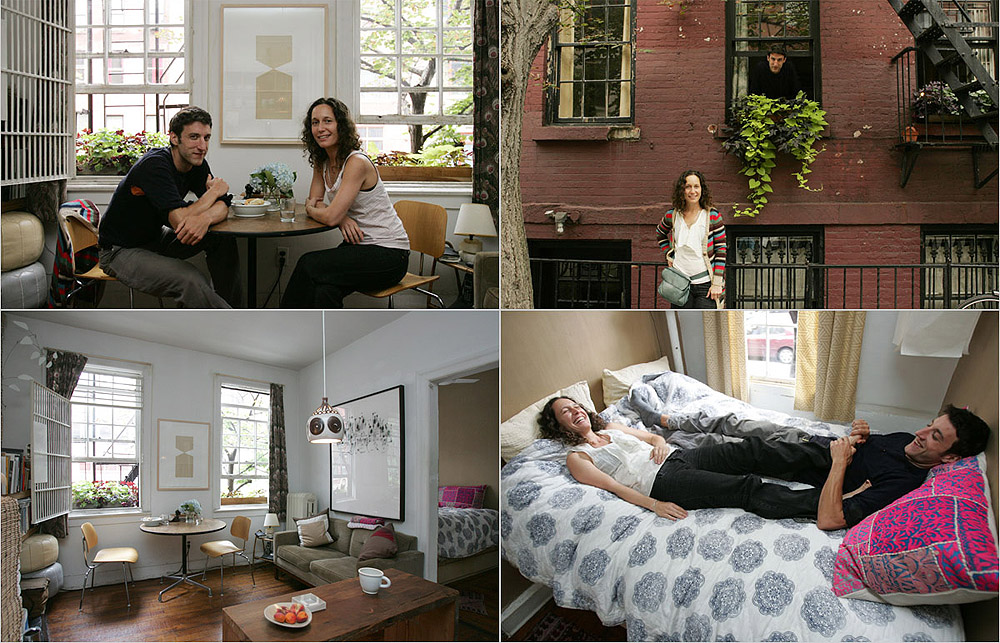 delving into the archives, i once posted about this studio apartment from light locations, which is lovely:

and, further into the archives, these wee houses – i wouldn’t mind a tiny pre-fab studio sized house that is placed slap bang in the middle of a forest or somewhere else awesome. 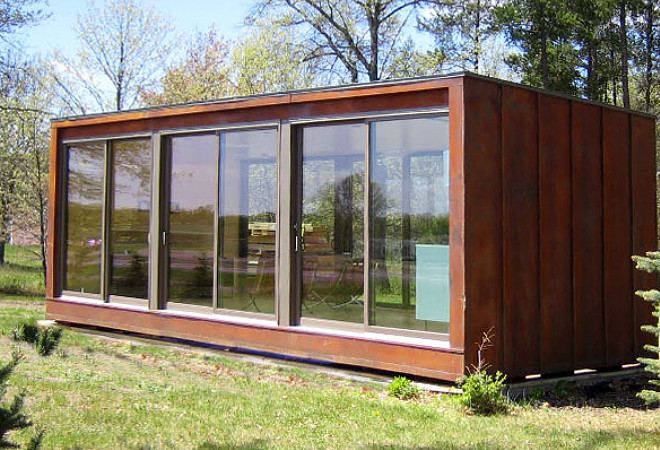 or perhaps a tiny beach chalet 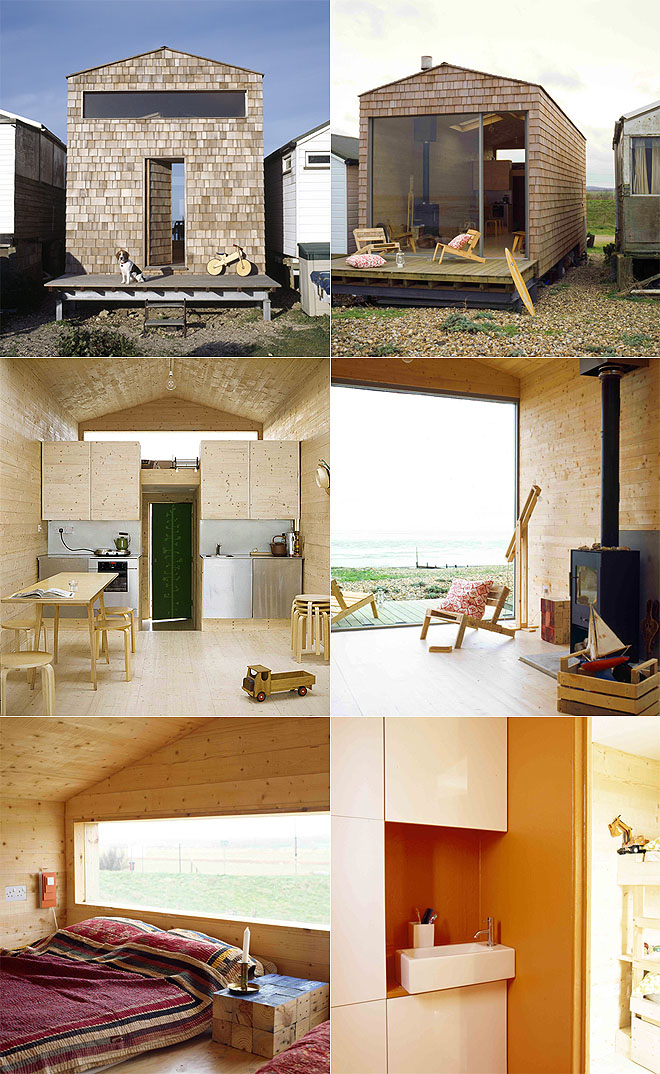 sigh. either way, small can be cool.