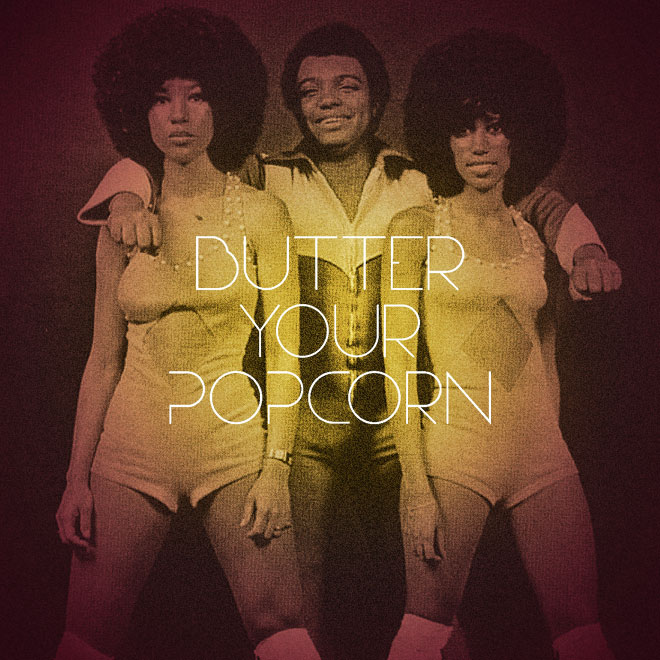 i have a special treat for you. truth is it’s a special treat for me too. i have been nagging my boyfriend to make an extra special funk music mix for the blog for some time now. when i say nagging i mean, i make him coffee and shower him with chocolate speckled eggs and sweetly ask if that funk mix he’s working on is ready yet. it’s finally ready, and it’s here.

a little background story to this – when we were first getting to know each other we exchanged various bits and pieces online (as you do when you’re sussing someone out, wooing them as it were). he sent me a funk mix in a zip file – which is basically the modern day equivalent of making someone a mix tape – and it was all stuff i had literally never heard before. Anton knows his funk. you can have a discussion with him about funk. well, i can’t – but he can teach me. and now he can teach you a bit, too.

Butter Your Popcorn – a guest mix courtesy of my guy, Anton.

Funk is my favourite kind of music. It’s like the extroverted, more fun cousin of jazz, with some soul and R&B thrown in for good measure. Some of the best vocalists, guitarists, drummers and musicians who ever lived played in funk bands, but as skilled as they were they rarely took themselves seriously. Every time I hear funk I picture a group of people in a recording studio having the time of their lives. The mix starts with Miles Davis’ ex wife Betty who was a pioneer in her own right and pushed Miles into his later, funkier experimental work like Bitches Brew. It also includes one of my favourite artists, Sly Stone, who was a heavy influence on Prince. And then we end with a more soulful moment from the godfather himself.

* my favourite. all music is for sampling purposes only – please go out and buy the artists’ records.

hello friends. how are you doing? what strange times. even stranger is that i had the urge to blog again. Read more

so i haven't done a music mix since August last year, and i have two things to blame for that: Read more