so, did you watch it? did you? i don’t normally host reviews / discussions on here, but i am DYING to talk about Mad Men! spoilers within, you can access the full post after this rare image of don smiling (it’s like looking into the sun)

edit: to all the French readers, i know that it’s actually zou bisous bisous – the title is just a bit of fun… 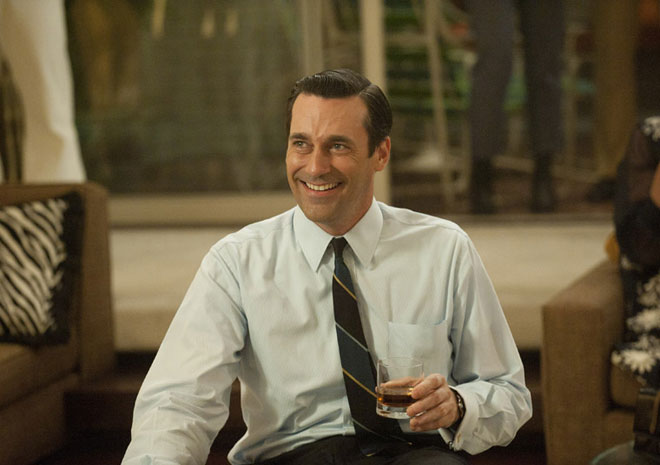 first of all, visually, i’m amazed at how sixties everything looks all of a sudden. i know it was slowly creeping up on us, but Don’s new pad and of course his swinging sixties lady really drives the time shift home. 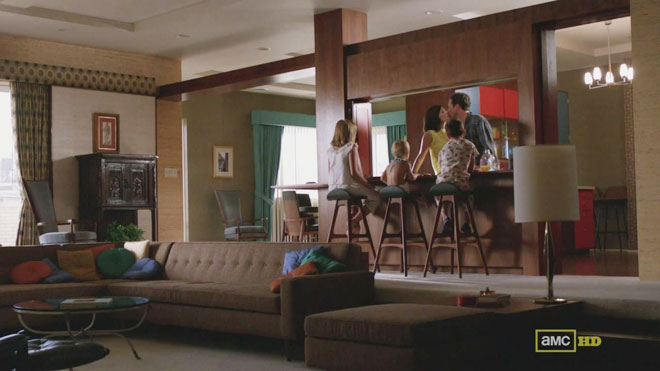 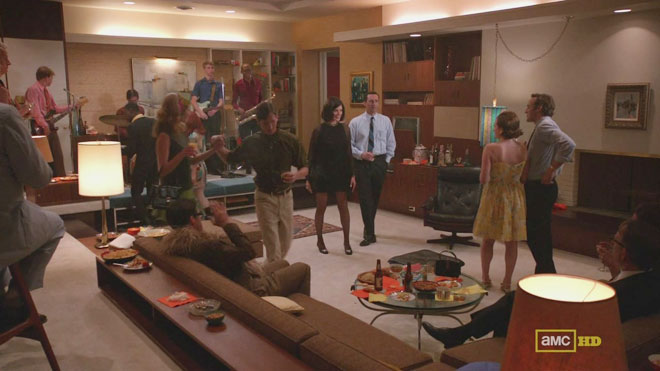 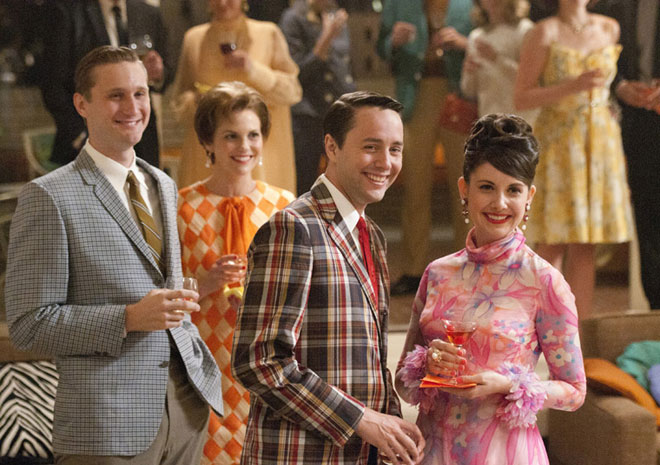 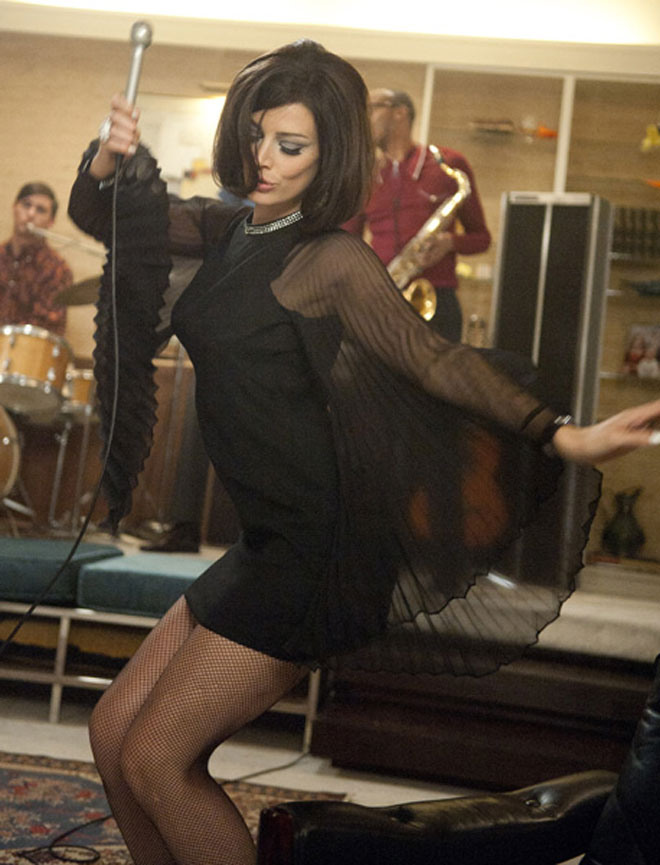 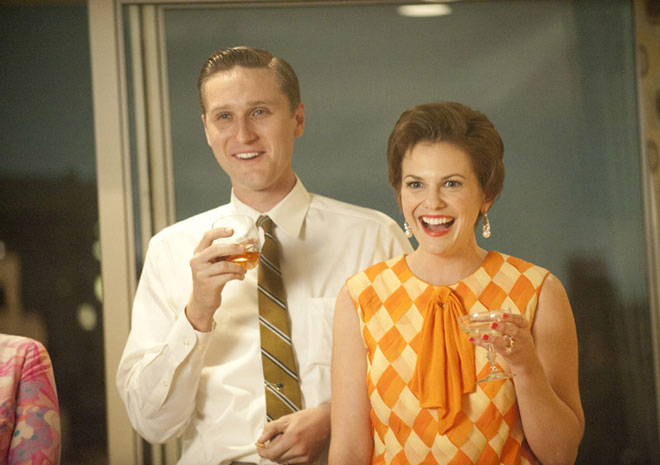 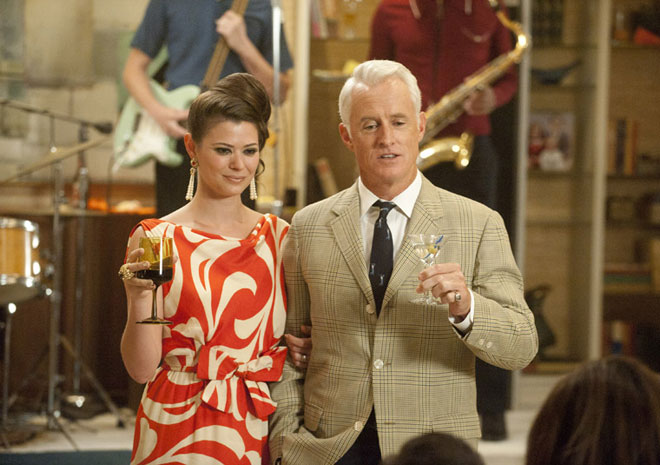 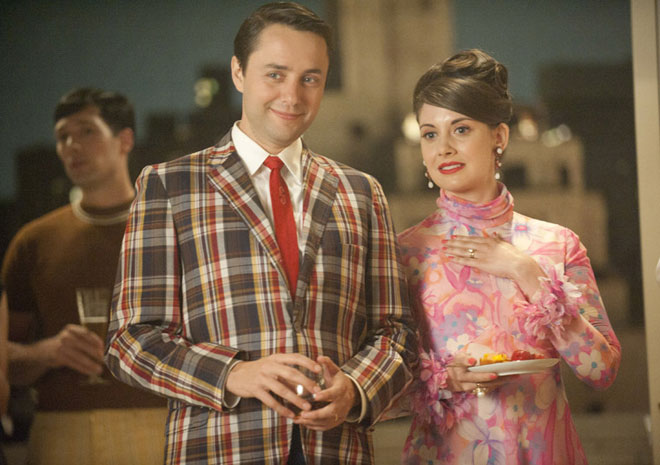 i also loved that peggy wore a pretty fifties frock at don’s party, in such contrast to all the other retro babes.

the highlight for me was Lane impersonating Megan’s performance to cheer Joan up. “i saw his soul leave his body.”

also, can we talk about THIS scene: 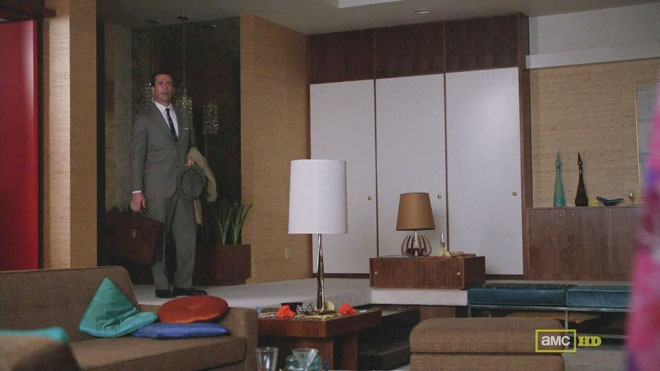 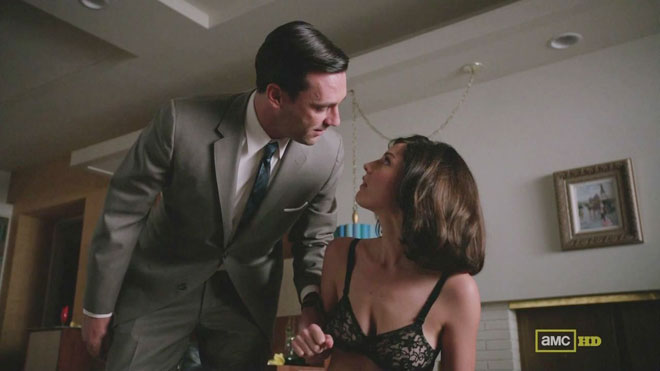 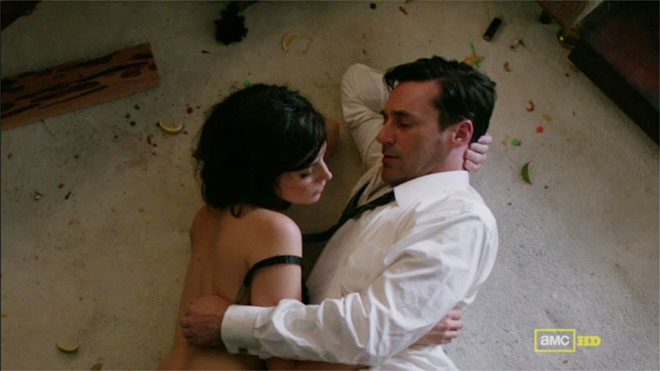 i think these two are going to have some interesting developments… 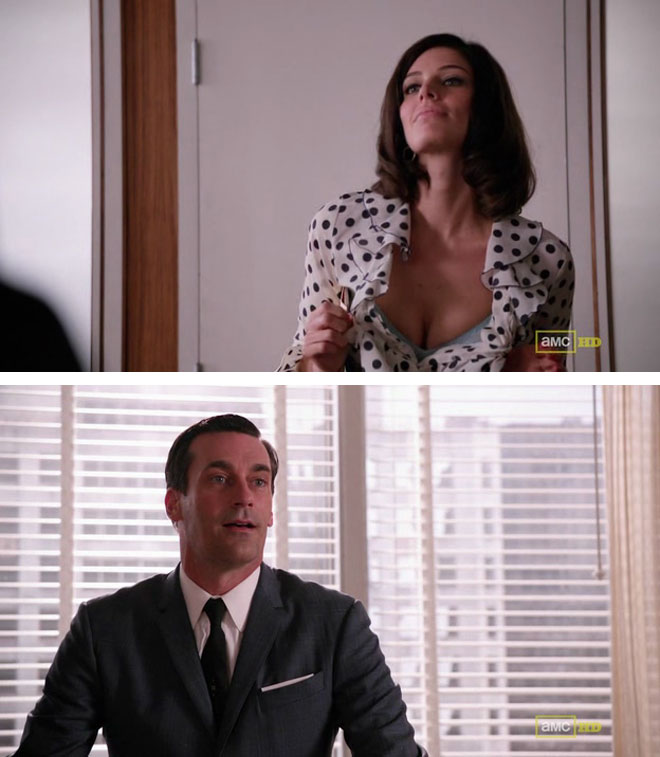 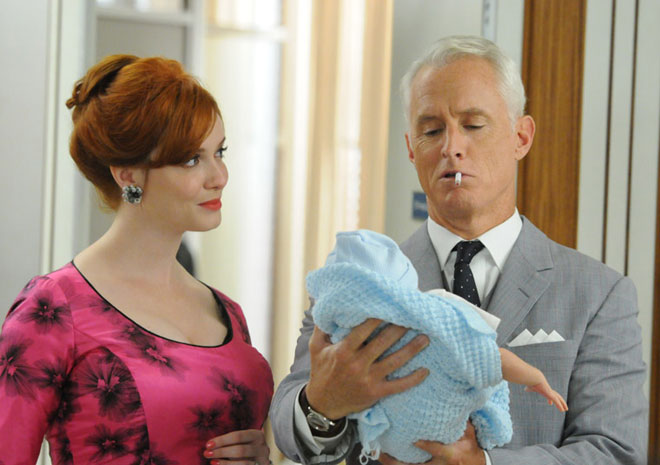 i love peggy more and more with every season. “i don’t recognise that man. he’s kind and patient.” 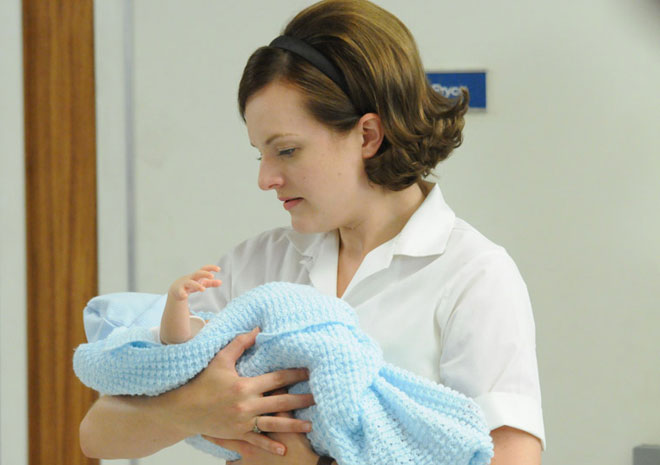 so what did you think?

so i'm at home nursing a baby pretty much 24/7, which means i have a lot of time to read and watch Read more

last week Anton and i got sucked in, deep, to the classic 1989 western mini-series Lonesome Dove. it got to Read more

i was faced with a conundrum when Outlander, the famous series of books Diana Gabaldon began writing 20 years ago, was turned Read more