my mind is occupied with two main obsessions at the moment: finding & wearing the perfect winter boot, and cooking up decorating schemes for my apartment. these are unrelated topics, yet inexplicably intertwined – as i plan on happily stomping around my flat while wearing said boots.

never mind the boots for now, let’s talk about those decor schemes.

art & shelving is the main thing on the agenda. my plan is thus: put a few BIG pictures on the walls (i have grown tired of gallery walls, which i used to have in my old apartment) – and i mean BIG. and then figure out some kind of shelving system i can use on one wall that can act as a gallery rail of sorts for a variety of smaller pictures.

this apartment is filled with HUGE paintings, some of which are super bright which i LOVE. 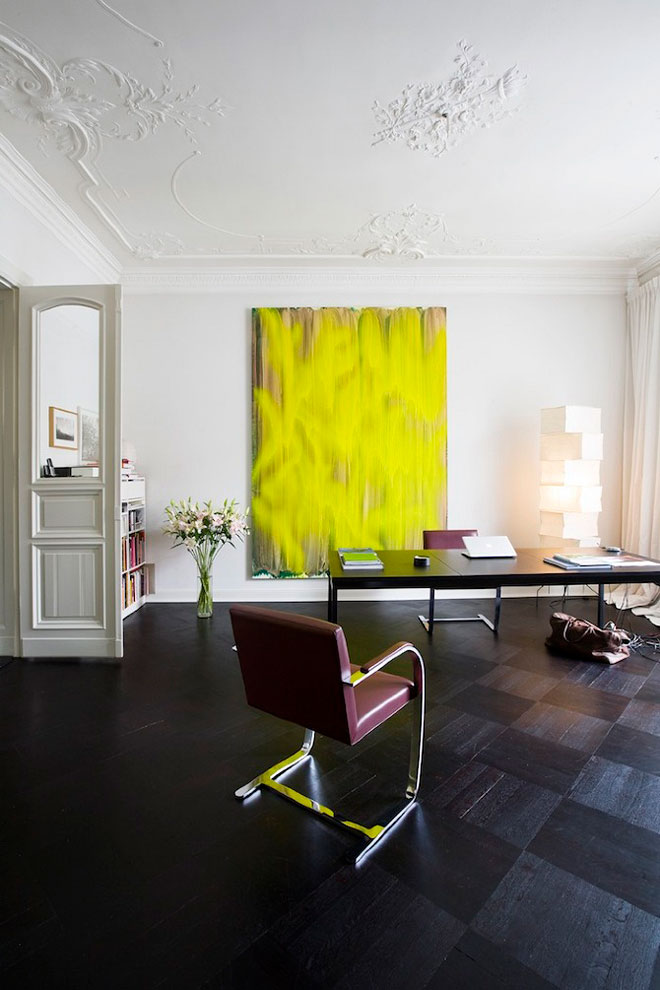 the example from this apartment is slightly smaller, but still big & bright enough to make a great impact: 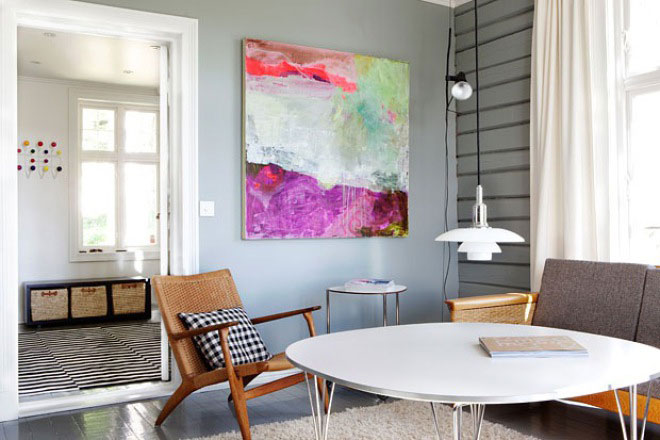 two by two is cool too – i love the prints (and everything else) in anouck lepere’s apartment so much: 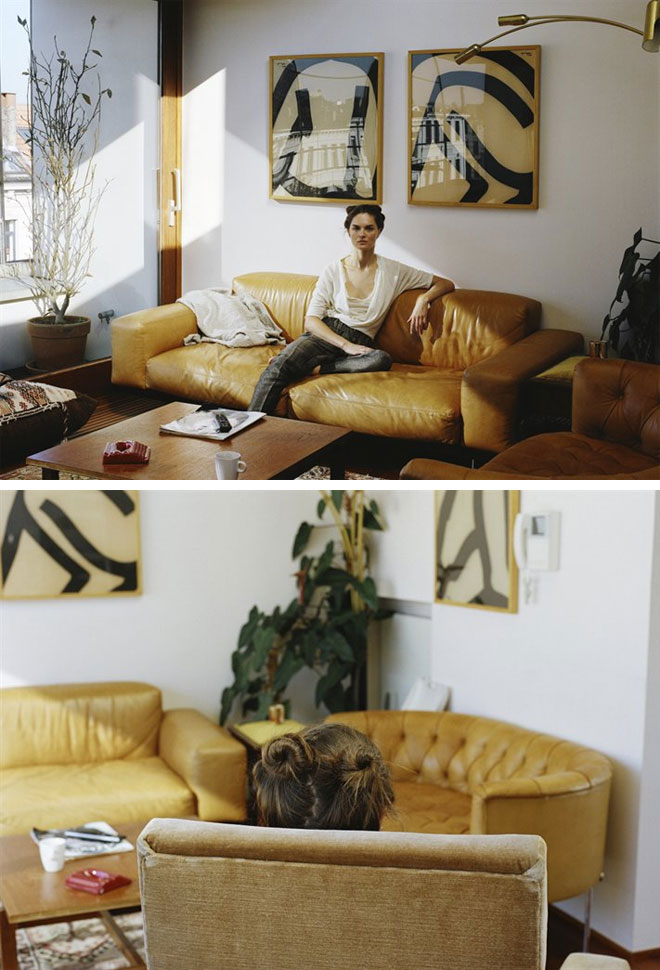 low hanging posters with some kind of shelving / storage system underneath = yes. i would steal the posters in this apartment (left) in a second, and love the contrast of that big white poster against the dark wall in this home (right): 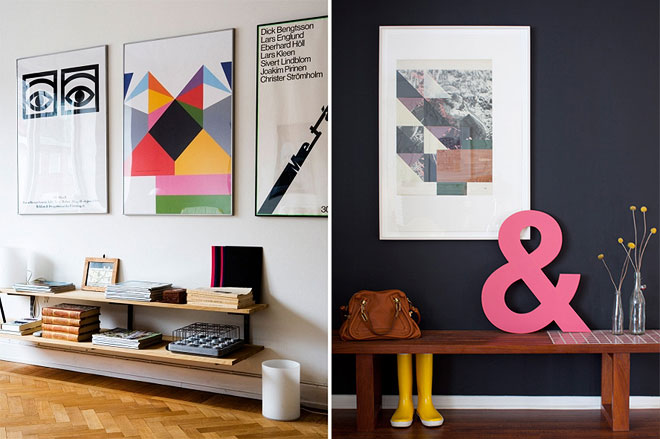 which brings me to something else, creating an impact in your entryway – those low hooks are handy too: 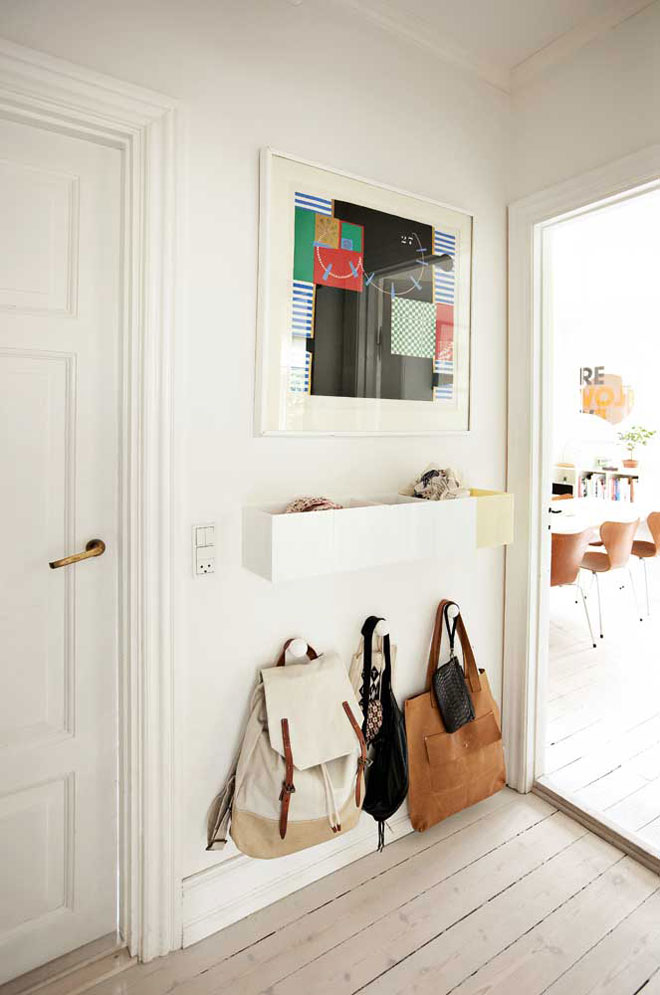 as for shelving – this is a perfect example of using shelving to display pictures: 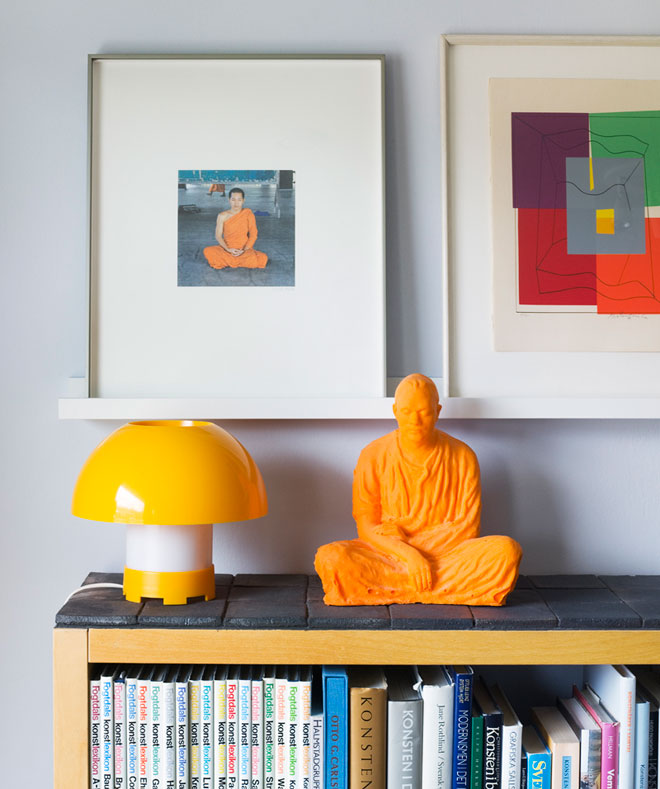 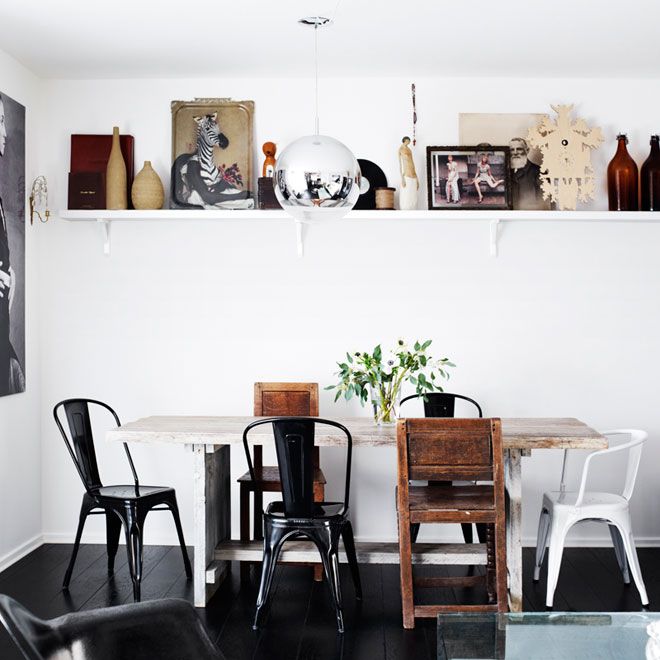 if you’re looking for a way to do shelving yourself, check out these rad stirrup shelf brackets by Quarter Twenty – what an ingenious idea: 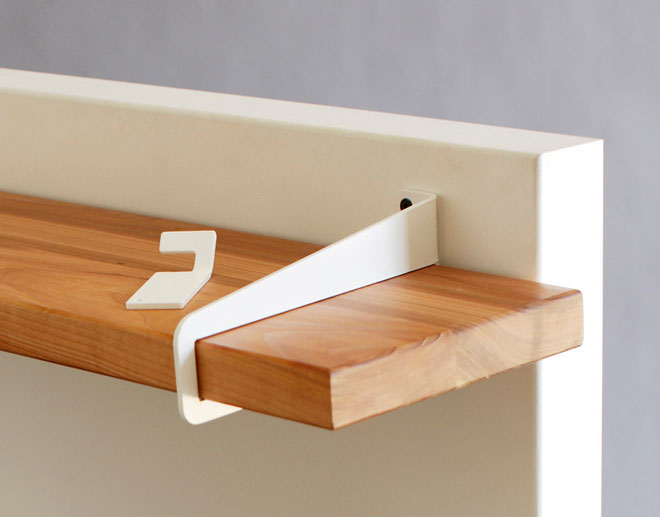 could also just nix the shelving and use a low bookshelf to display things: 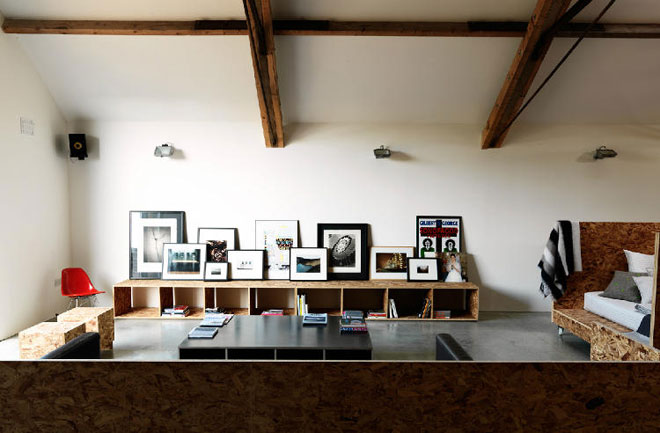 something else i’ve been thinking about is how to bring more colour into the place. i have mostly wooden furniture, and a light grey couch – so things can get too neutral pretty easily. i like the idea of colourful glassware & ceramics… like this kumquat pitcher at anthropologie: 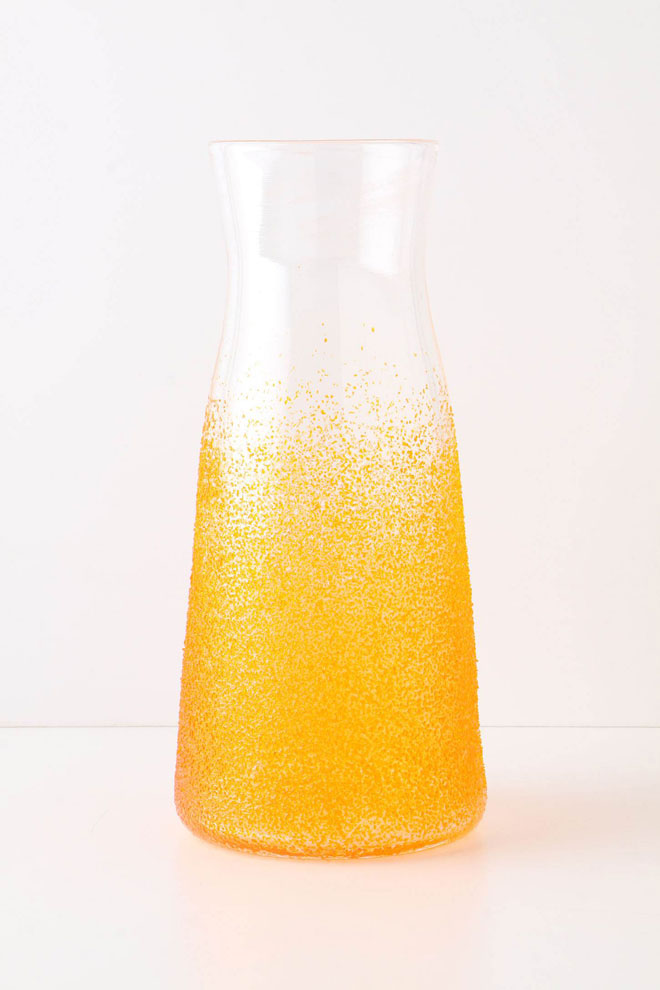 beautiful blenko glassware in this home: 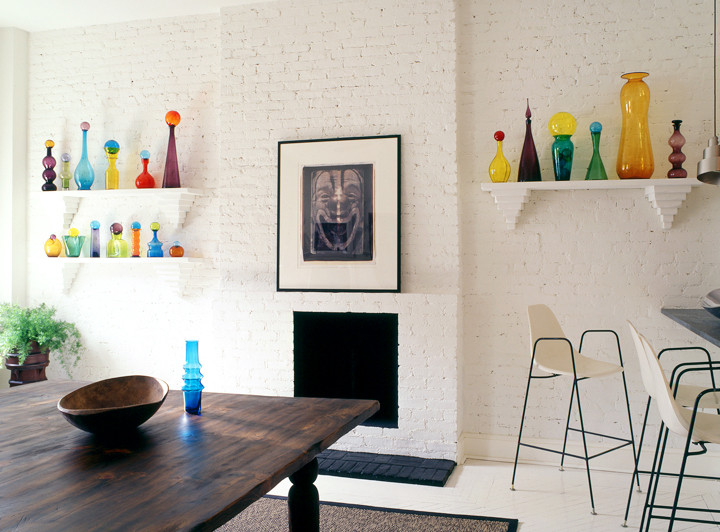 fun colourful ceramics in this apartment: 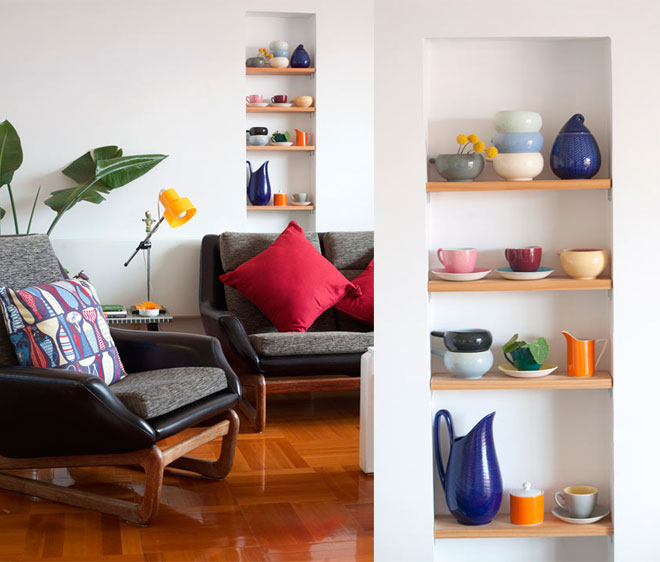 an obvious way to bring in more colour is by using paint, even though it’s not something i really want to attempt in a rented apartment (if i ever own property one day i will probably go MAD with paint colours)

have come to adore a rosey blush pink – which needs to be accessorised correctly to avoid it becoming too girly: 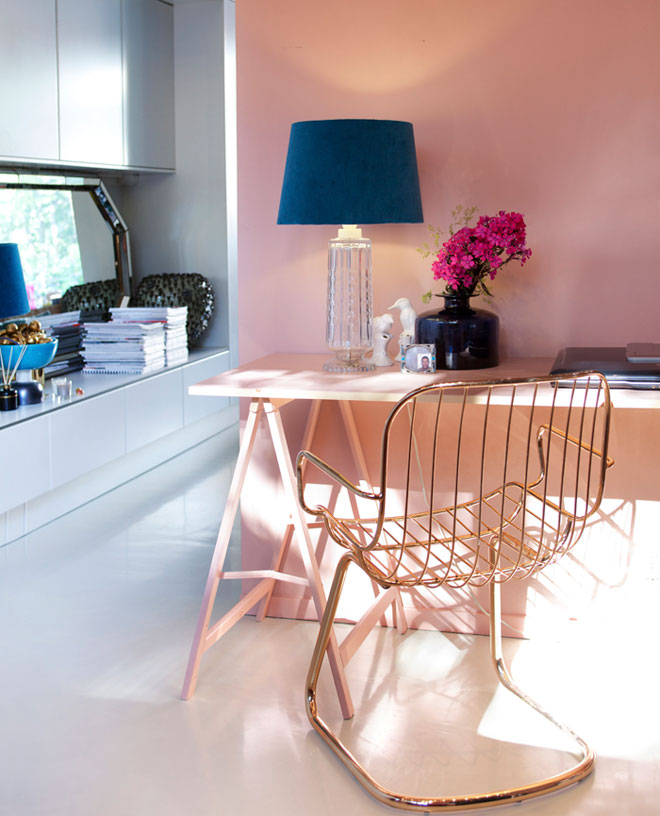 another idea is painting the ceiling: 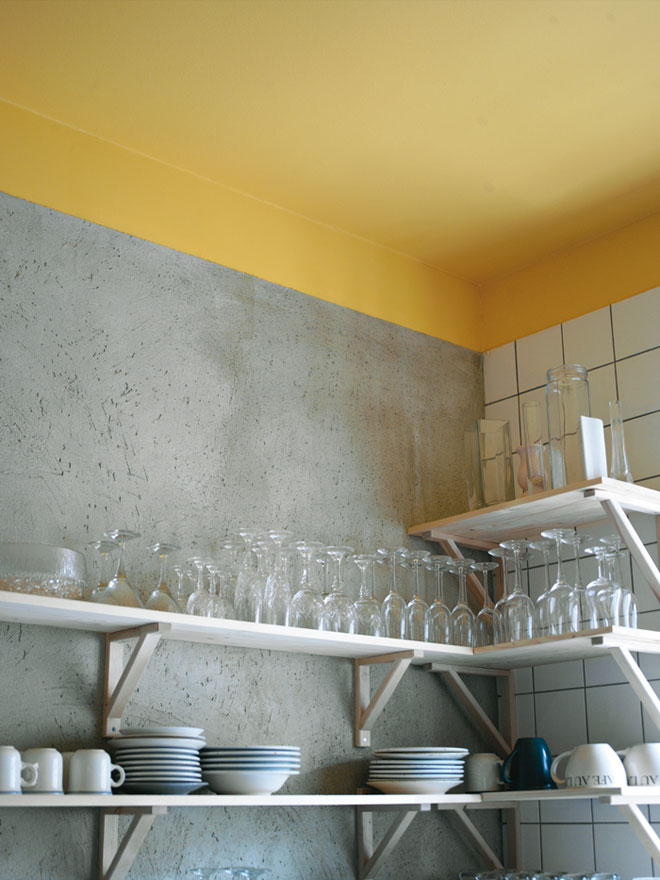 here are some other random interior things i like… 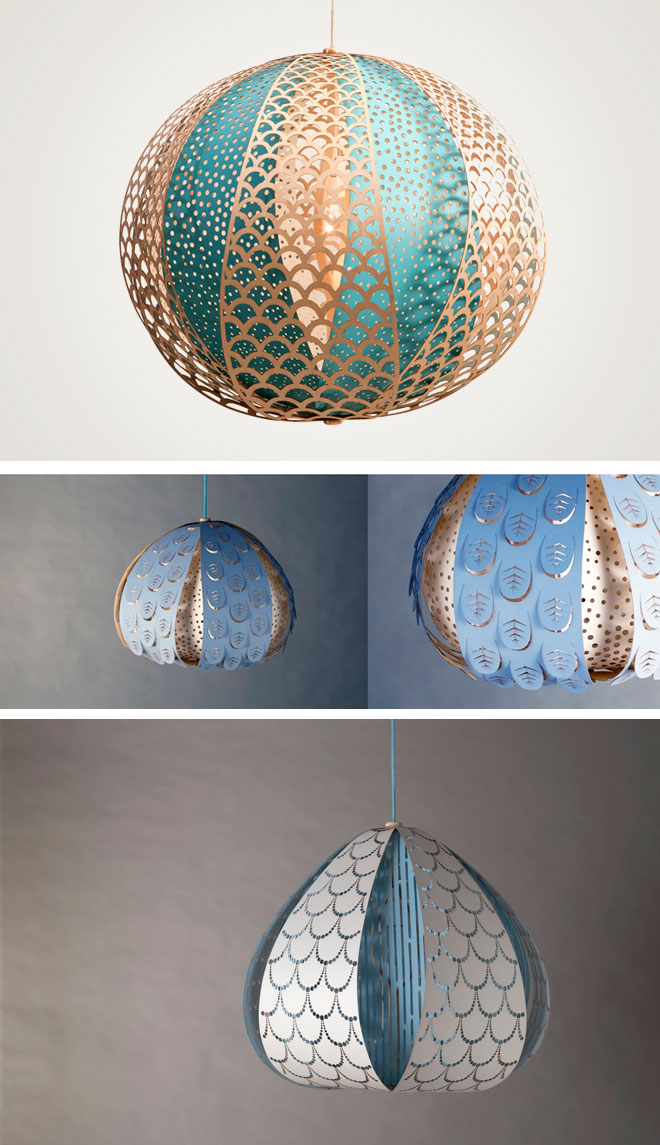 this collage by erin dollar: 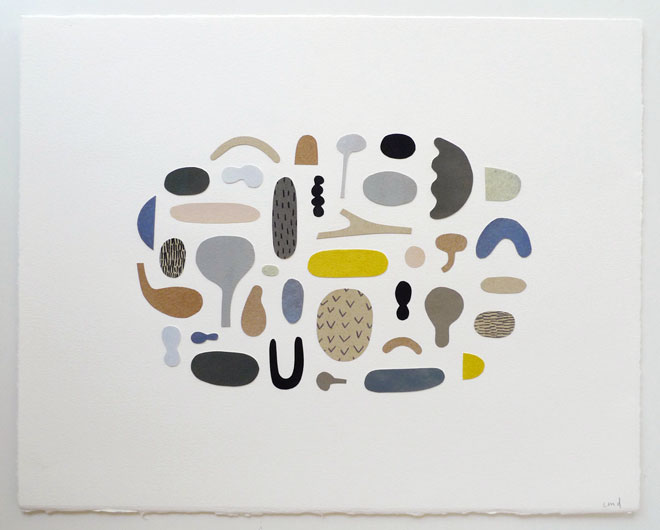 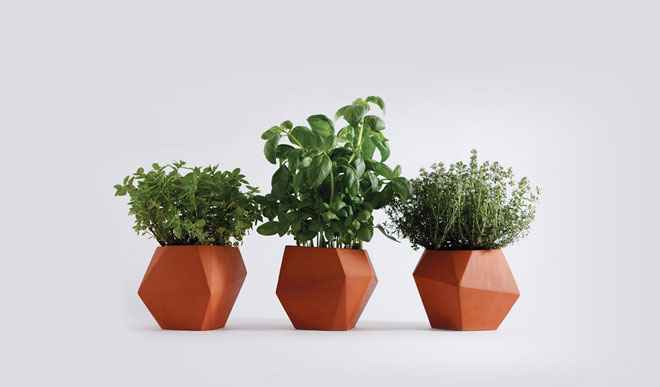 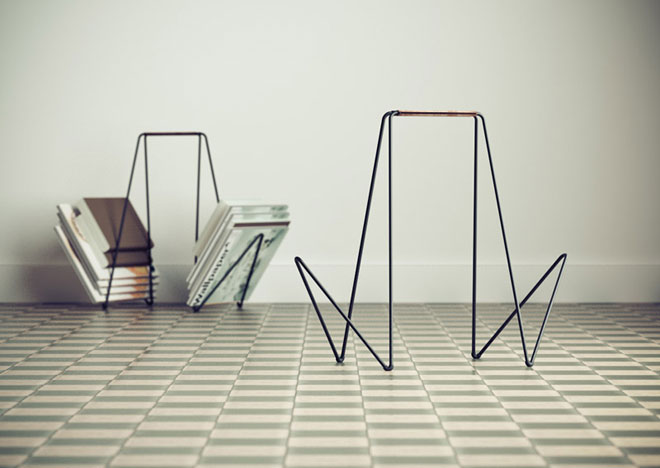 and, these hilarious salt & pepper penguins by holaria: