i haven’t really been paying attention to the fall 2012 couture shows, not until Kristina tweeted that the Givenchy collection must have drawn some inspiration from Game of Thrones. I’m actually surprised that Hamish Bowles didn’t mention that in his review, even though there was an entirely direwolf-like dog present. so, you know, i just couldn’t help myself. 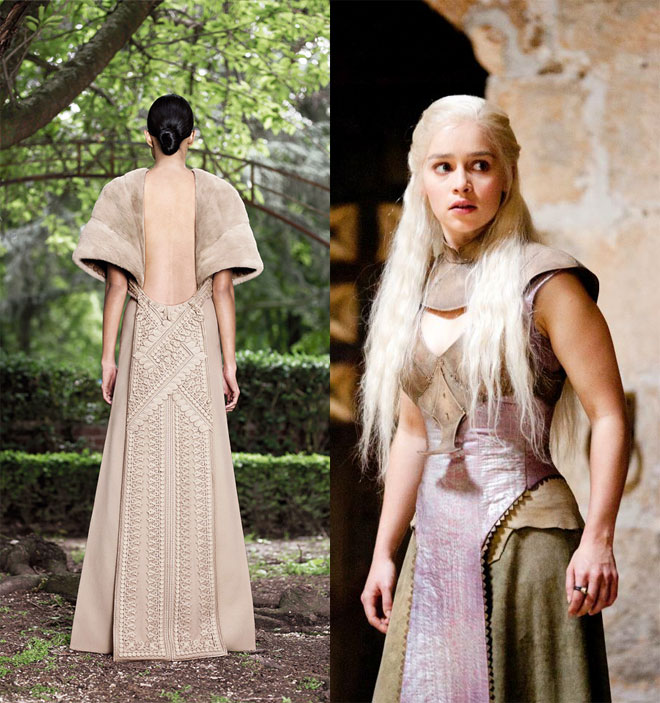 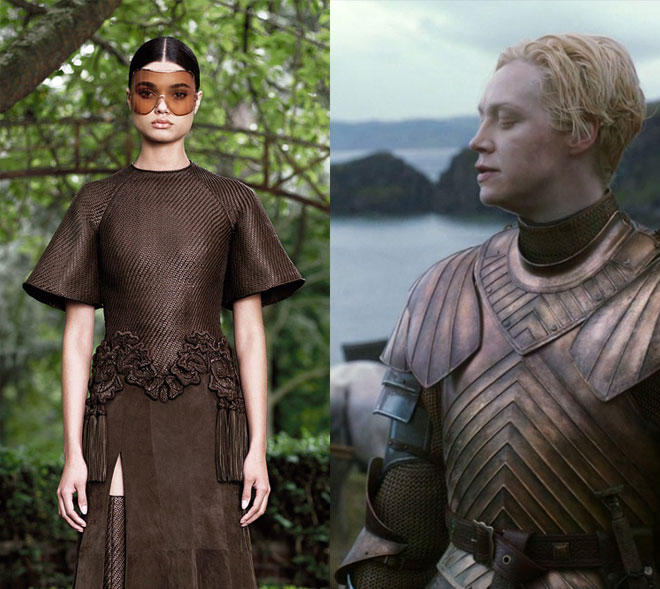 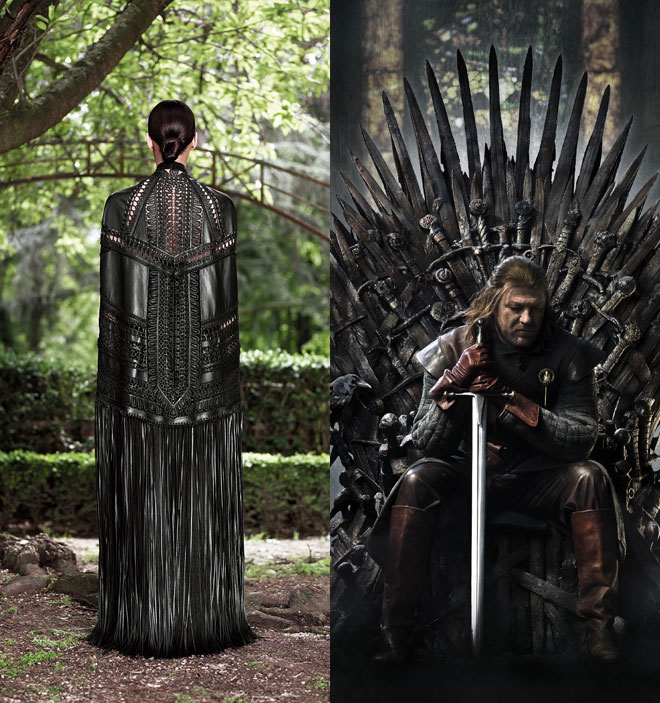 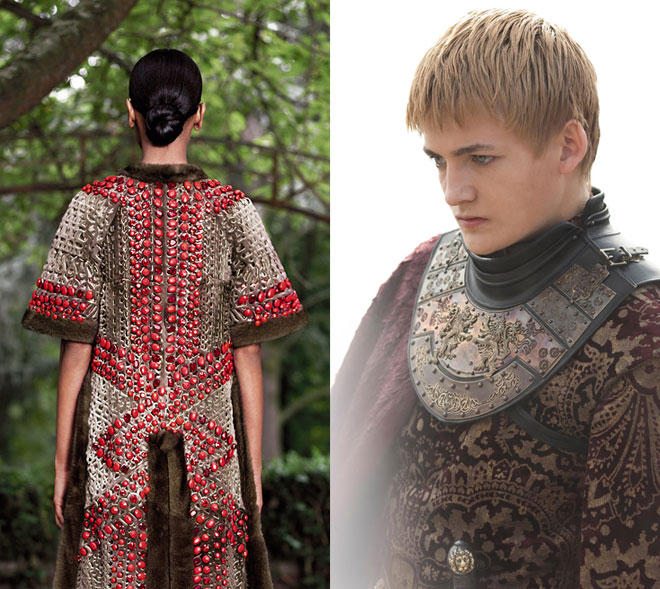 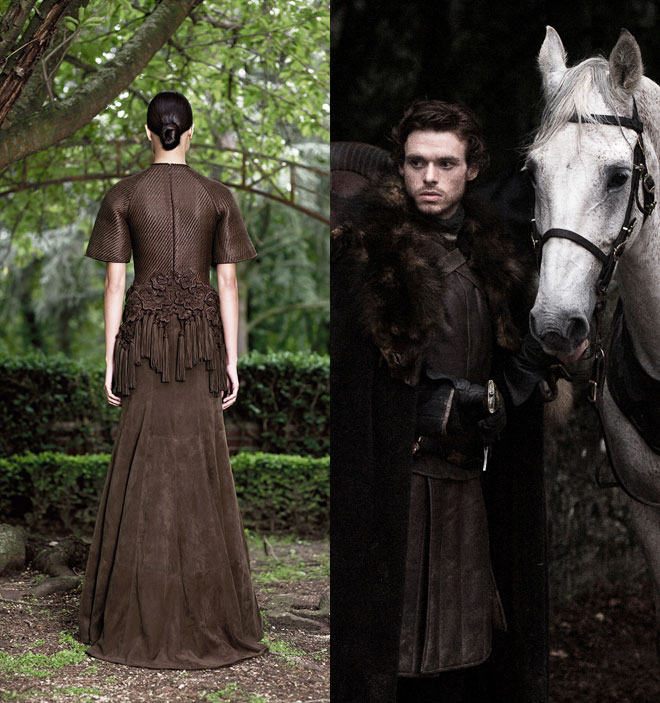 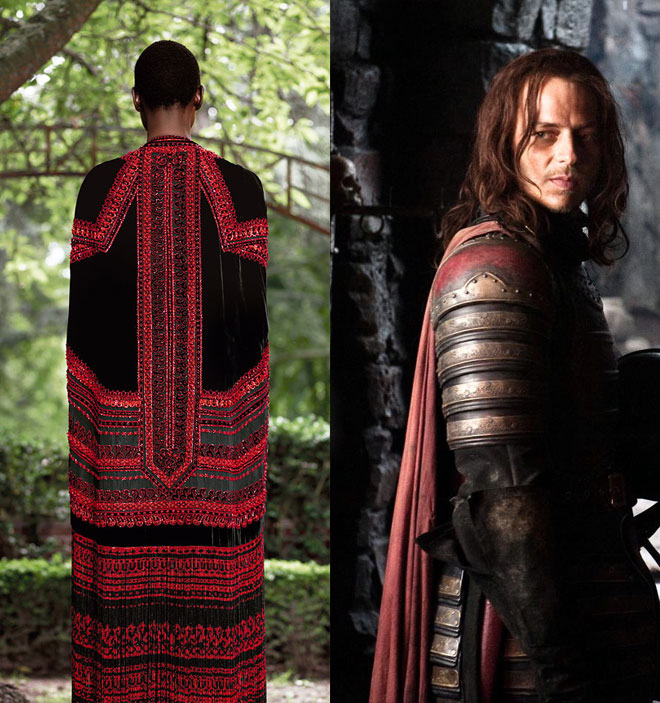 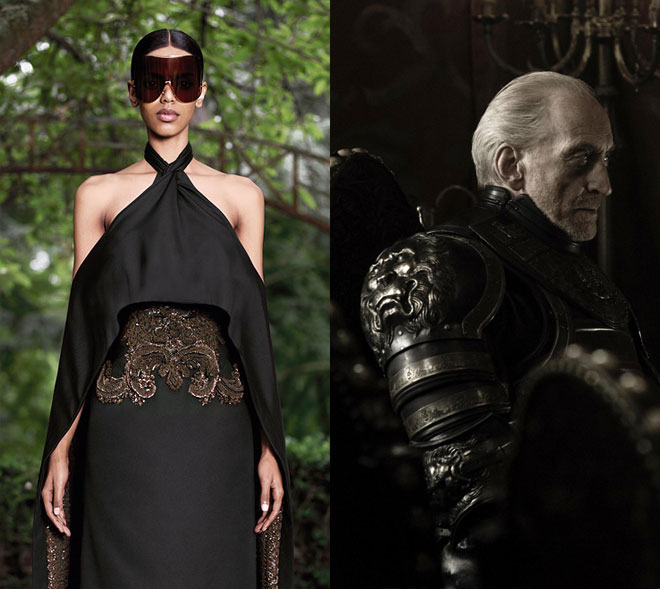 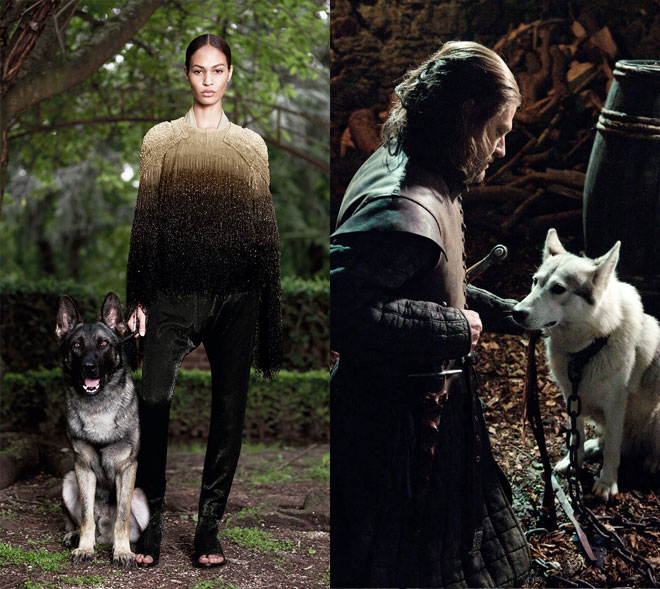